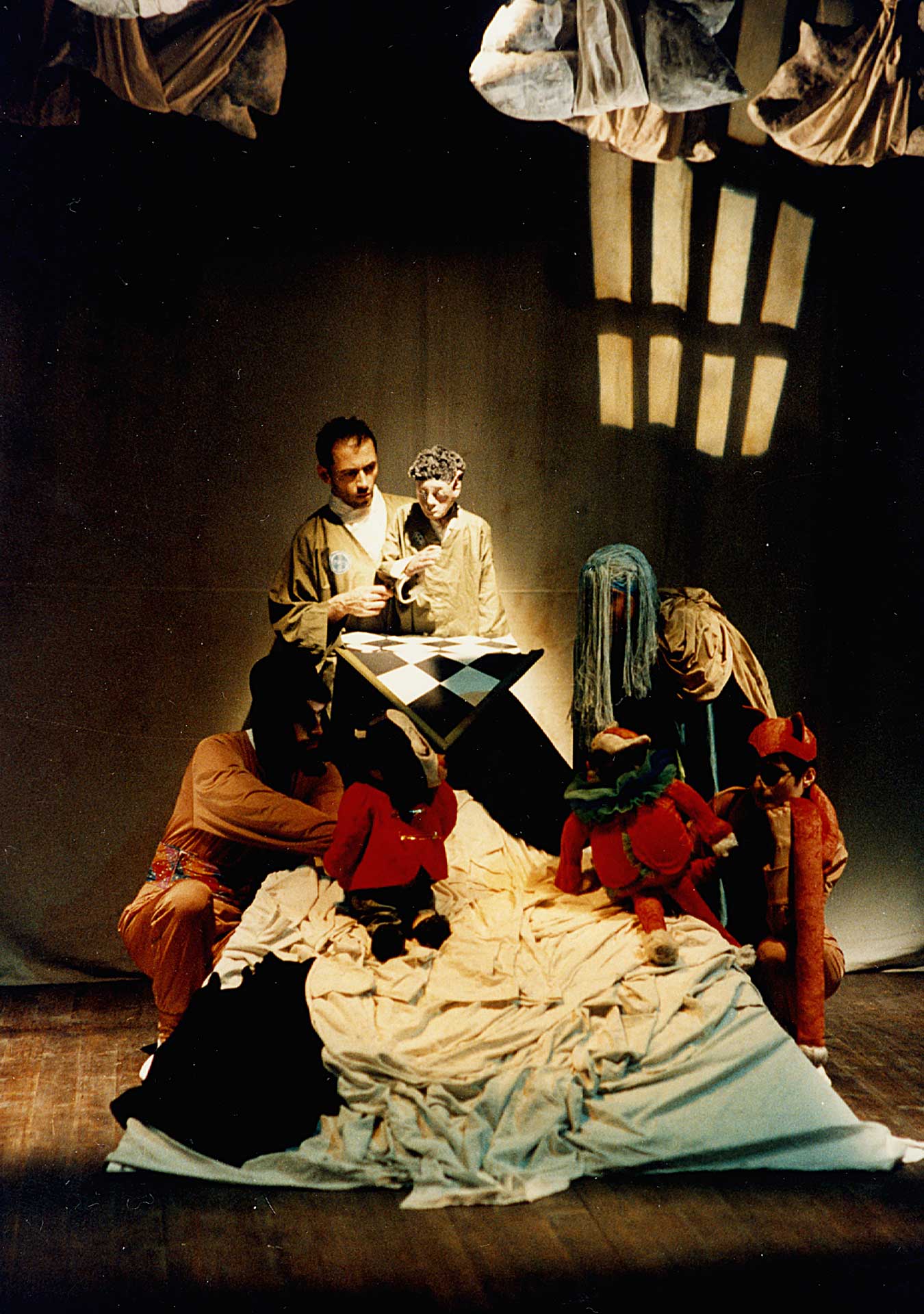 Teatro del Drago is the theatrical company of the Monticelli family, one of the oldest performing art families active in the puppet and marionette sector since the first half of the nineteenth century.

Mauro and Andrea, the Monticelli brothers, represent the fifth generation of this uninterrupted tradition and currently the artistic directors.

The company’s activity is twofold
Tradition is on one hand, with theatrical performances of traditional finger puppets and the conservation of the materials of the Monticelli Collection;
On the other hand, theatrical research, through contemporary puppetry shows, in which a personal and original artistic line emerges, both in the use of materials and in animation techniques.

Our research design is sustained by the puppetry and marionette tradition, to conserve and transmit, acknowledging the importance of historical roots

The company is recognized and subsidized by the Ministry of Cultural Heritage and Activities and by the Emilia-Romagna Region for the production and promotion of the Figure Theater.

The company is recognized and subsidized by the Ministry of Cultural Heritage and Activities and by the Emilia-Romagna Region for the production and promotion of puppetry.

Our Company has been the artistic and organizational direction, since 2015, of one of the most historic puppet theater festivals, called the “Festival internazionale dei burattini e delle figure Arrivano Dal Mare!”.

In Ravenna, we organize “Le Arti della Marionetta” a theater season for children and families, with the support of the Municipality of Ravenna.
And during the summer in Casola Valsenio organizes “Casola è una Favola”, a cultural festival born from the research on traditional fairy tales and their relations on the territory.

Since 2015 he has been the artistic and organizational direction of the Gambettola Municipal Theater. 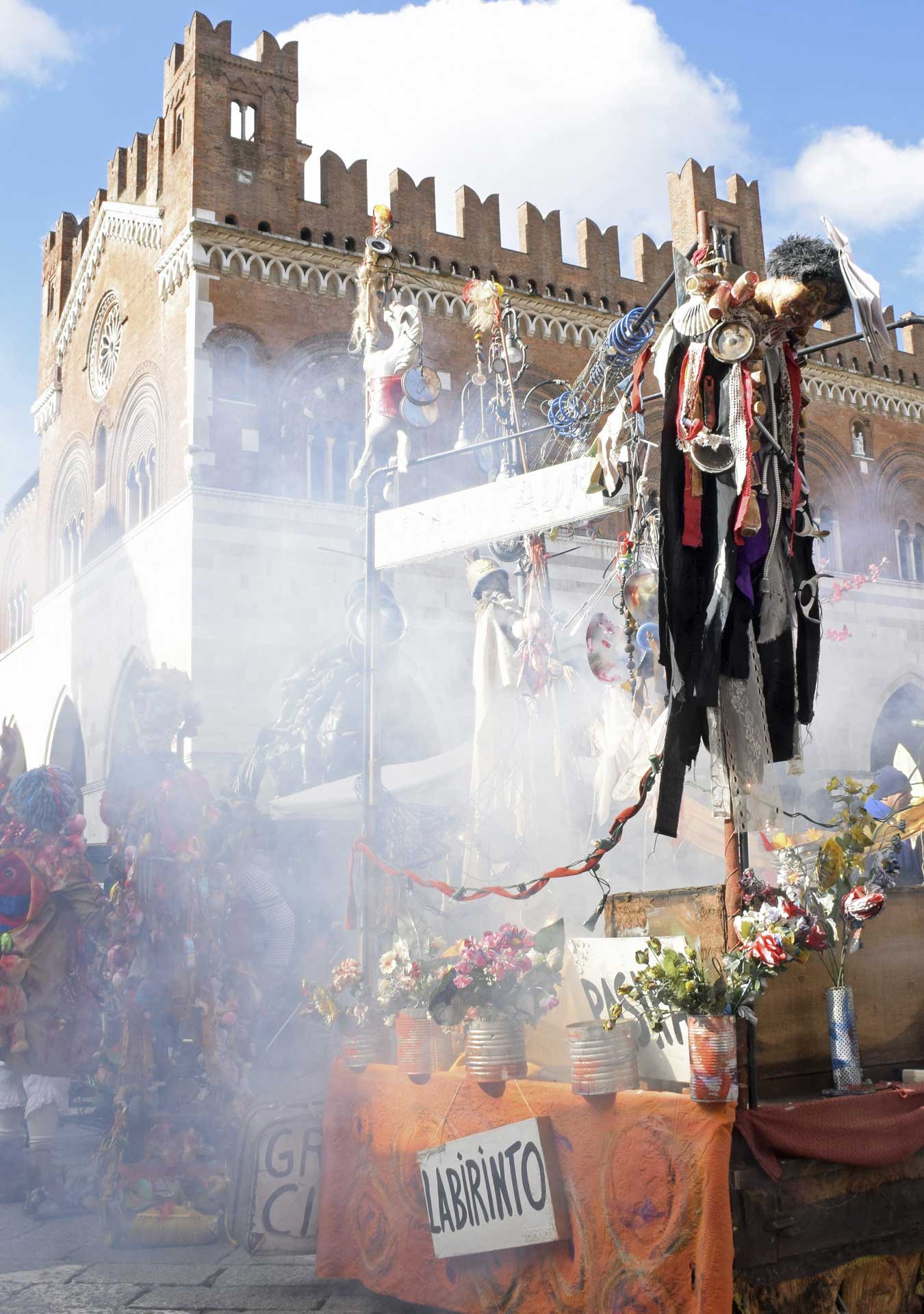 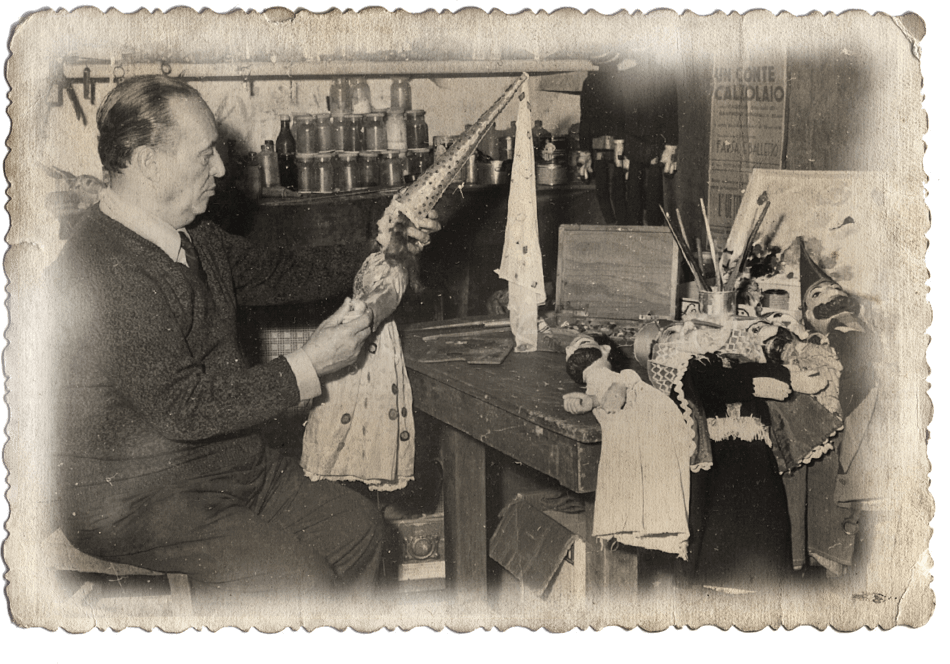 Teatro del Drago also organizes the Theater for the Riolo Terme and Gambettola schools.
On the national territory, since 1983, in collaboration with the Municipal Library of Lignano Sabbiadoro (Udine), it has organized “Pupi & Pini.” Puppet and street theater season.
Since 1979 the comagnia has produced over 30 shows, including some important and prestigious co-productions.
All the shows have been represented abroad in the most important festivals in the sector. In addition to Italy, France, Spain, Portugal, Switzerland, Austria, Germany, Belgium, Croatia, Slovenia, Hungary, Romania, Greece, Poland, Bulgaria, Czech Republic, Malta, England, Japan, Libya, Israel, Taiwan, Tunisia, China and the United States.