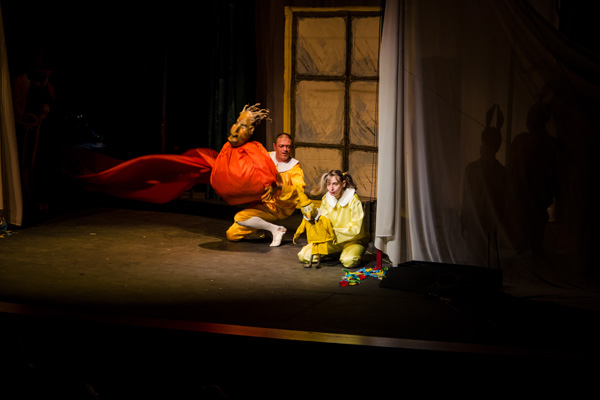 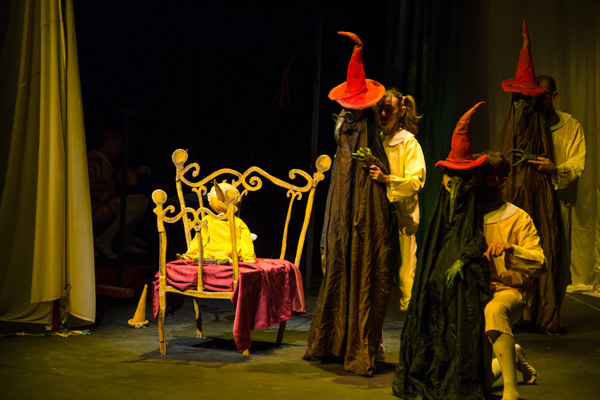 Puppetry show in which images, music and puppets blend to create a playful and colorful atmosphere: the great Pinocchio circus …
The scenography and the puppets are inspired by the images of Alain Letort, a French artist who paid homage to the famous wooden puppet by creating 12 ink plates, later colored by Gianni Plazzi.
The plot traces the original version of Collodi.
The whole show takes place in the central part of the scene, where the theatrical space hosts the meager scenic elements from time to time, such as the DOOR, the PUPPET THEATER, the TREE, the CIRCUS.
The live action with alongside actors is now an integral part of the company’s expression and research in recent years.
And so four actors become the foundation of the stage action, as if in flesh and blood they had entered, themselves, in the colorful circus of Pinocchio’s fable.
The original soundtrack was performed and composed by the Morrigan’s Wake group and Claudio Capucci.

8 meters x 6 meters and 5 meter free from the floor.
s